Last Friday evening we had the premiere for my new film, Voyage to Russia: A Journey of the Imagination. Usually when you hear the word “premiere,” it conjures up images of red carpets, Hollywood stars decked out in their best attire, and crowds of adoring fans. However, this premiere was a bit different.

There was red carpet, but only because that’s the color of the carpet in my church where the premiere was held. I tried to dress nicely, but there was nothing close to a fancy evening gown. The most notable part of my wardrobe was my character’s signature multi-colored rain boots that didn’t even match the rest of what I was wearing. My mom felt I should choose more suitable footwear, but those were the only part of my outfit that I was certain must be worn. And as for crowds, the attendance was somewhat modest, which I had expected due to the holiday season and the fact that I got the invitations out rather late.

And yet, despite the lack of Hollywood flair (or perhaps because of it!), I count the premiere a great success. First of all, three of the cast members and their families were in attendance. Two of these cast members were in the previous film, Flight to India, which means that I have known them for over three years now. It has been amazing watching them grow, not only as actors but as people, from one film to the next. I feel blessed by the support of their families who have spent hours in the car driving them to rehearsals and film shoots (at times in the midst of perilous snowstorms!) as well as helping them memorize lines. I have also been supported by friends who gave up their weekends to serve on the crew. And in my conversations with those involved in the production, I couldn’t help but come away with the feeling that this film has meant more than just serving as a nice little notch on their resumes. 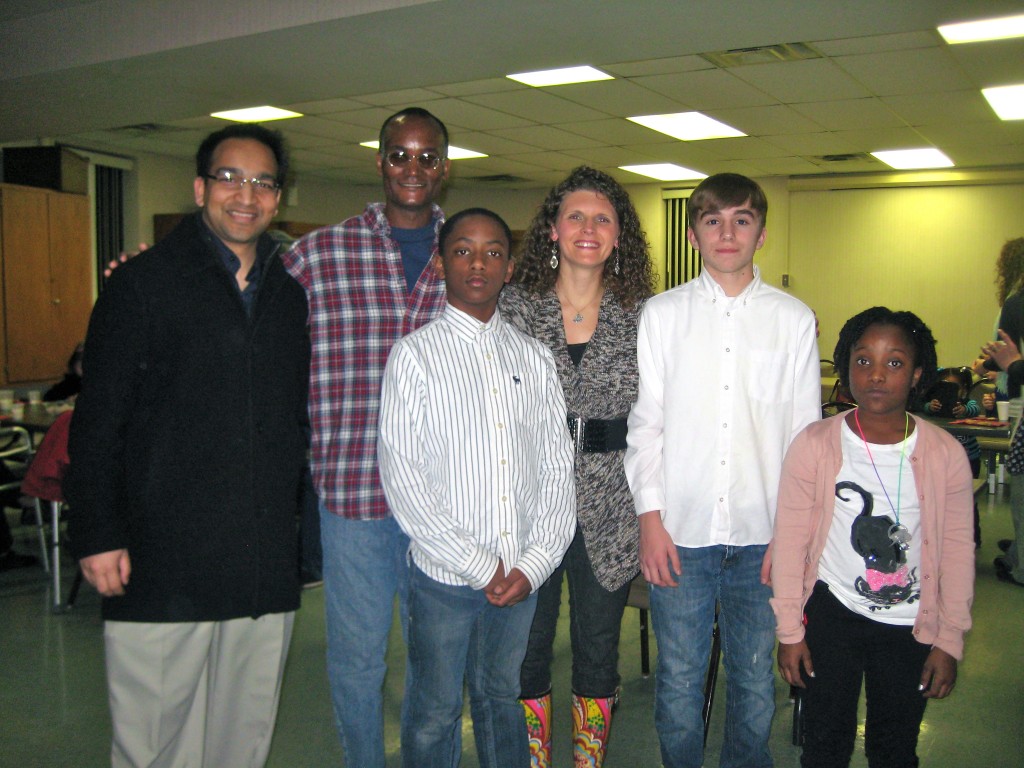 Instead, there is a very real sense that this is a journey we were all on together. A journey of new experiences, new challenges, new adventures. And while it culminated in a beautiful film that was greatly enjoyed by the audience, it’s the journey that remains on my mind.

In fact, Voyage to Russia is subtitled “A Journey of the Imagination.” And watching the film from the back row at Friday’s premiere, I was blessed to see children and adults taking that journey together. As Peter, the film’s director, said during his opening speech, “What I am most proud of about this film is the fact that it’s a true family-film. And unlike so much of modern technology which seems to remove us from meaningful relationships with others, these films are about connecting us to others and increasing our engagement with them.”

Many friends have shared that Flight to India has been a springboard of creativity for their children, taking them on exciting adventures as they re-enact the story and invent new destinations to visit through the power of their imaginations. My sincere hope is that Voyage to Russia will do the same. After talking with one young fan after the premiere, I have no doubt it will do just that. How can I tell? Perhaps it was in the mischievous gleam that came into her eyes as her mother told me about the Russian nesting dolls that she had at home. It was obvious that for this young girl those dolls had already taken on a life of their own in her mind. And thus, she was far ahead of me – eager to get home so her new adventure, her new journey, could begin.