I started off the month of September with a half-hour version of the Mexican folktale “The Ram in the Chile Patch” for the Early Childhood Resource Center in Canton. Their theme for the month was “ants,” and since the hero of this particular folktale is una hormiga (the Spanish word for ant), I thought it would be a perfect fit. While the number of families in attendance was small, a group of early childhood educators who were receiving training in another part of the building stopped by for awhile to get a feel for how storytelling could be used in their classrooms and centers. Thus, the room ended up being quite full. 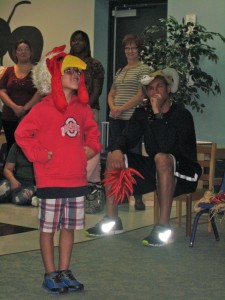 Most of the children in the crowd were quite shy, which of course meant that I had to turn to the parents. A reluctant father came up to take on the role of the ram in the story much to the delight of his wife and two young boys. But this father’s willingness to take on the role ended up giving his son the confidence to volunteer for the next role — that of the chicken! It was wonderful to see the way that they interacted “on stage” together, and a great reminder of how much more willing a child is to try something new once they have seen a trusted adult show them that it is both safe and fun! 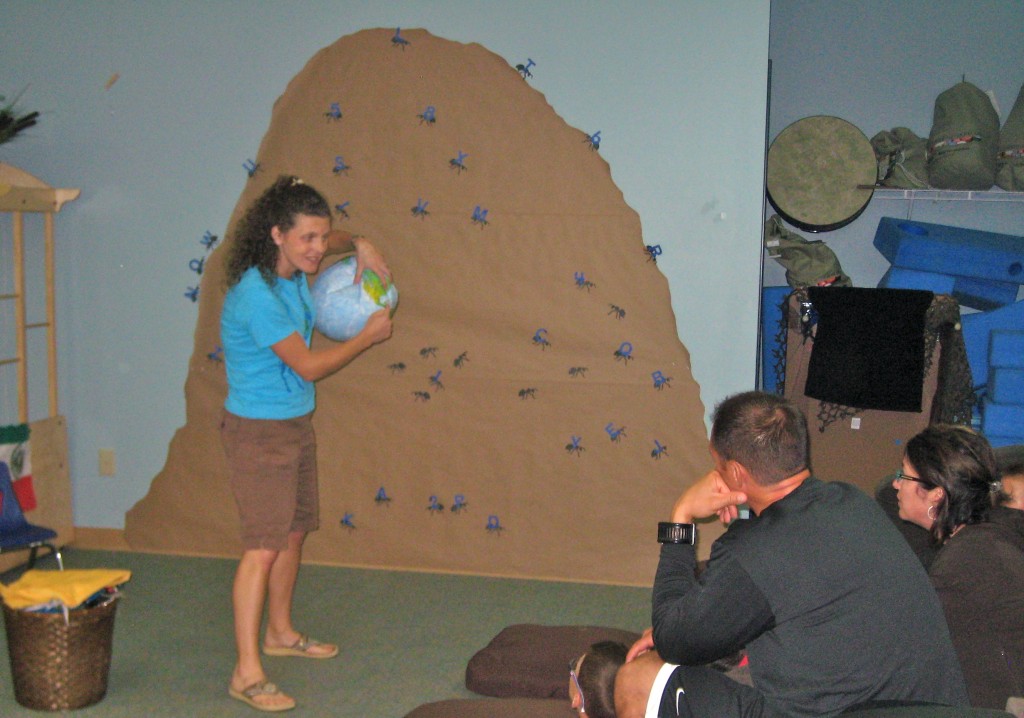 Showing audience members the country of Mexico on my inflatable globe with a nice anthill in the background! 🙂 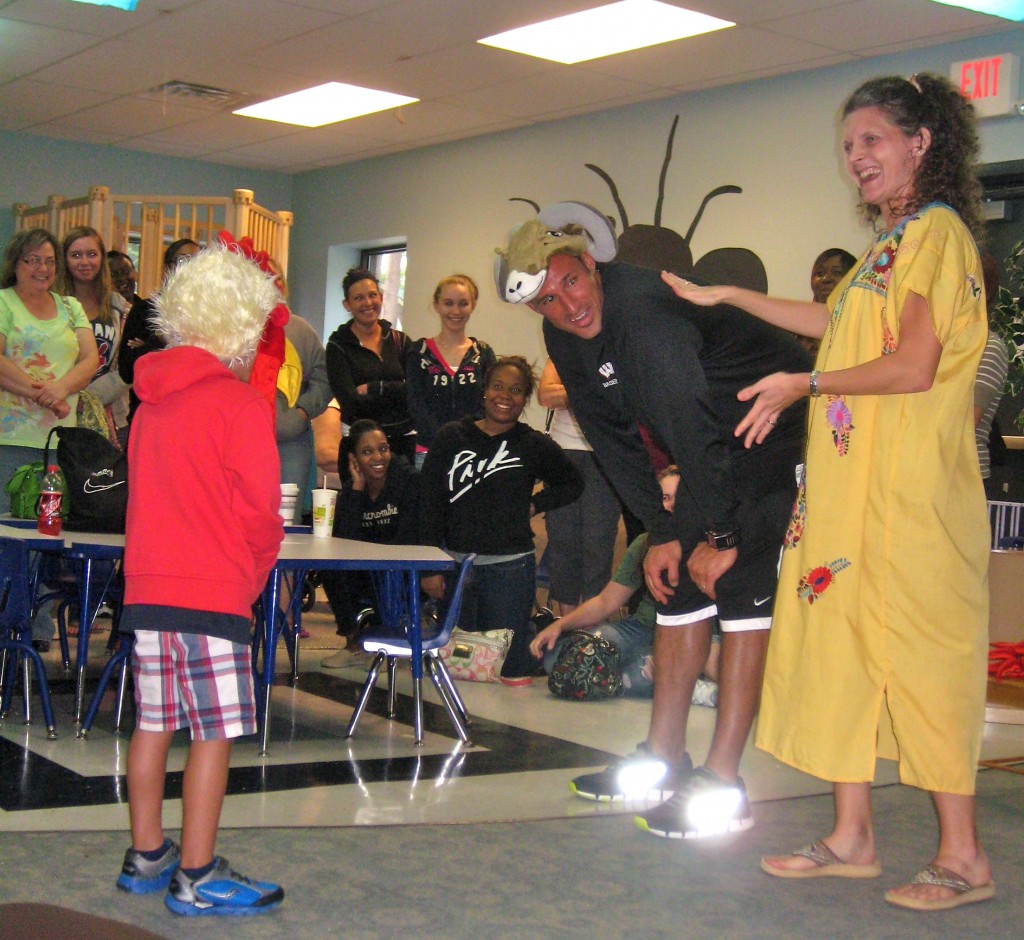 Early childhood educators look on in delight as the ram and the rooster prepare for battle! 🙂