My program “A Treasure Trove of Asian Tales” made a stop at the Cuyahoga Falls Library this summer. This was at least my fourth visit there (I’ve lost count!), and I am thankful for their continued support. My good friend Jeff came out to the show and took some great photos. You can check them out below!

One of my favorite parts about this particular show was the fact that there were some older adults in the crowd, and they were acting, singing and chanting right along with the children. Actually, some of them were louder than the children! A few of them appeared to be sitting alone, without any young children nearby — so either the children they’d accompanied had moved to be closer to the action or else they’d just come to the performance on their own. If the latter is the case, that would just make my day, because I believe that storytelling is meant to be enjoyed by people of ALL ages! Why let kids have all the fun? 🙂

Something else that made my day was the note that the Children’s Librarian had tucked in with my check, which said:

We love having your performances here, you are so committed to the art of storytelling and your joy shines through each program.

Kind words go a long way, and I am so grateful for all of the “encouragers” that I have in my life. I don’t think I could do what I do without them! 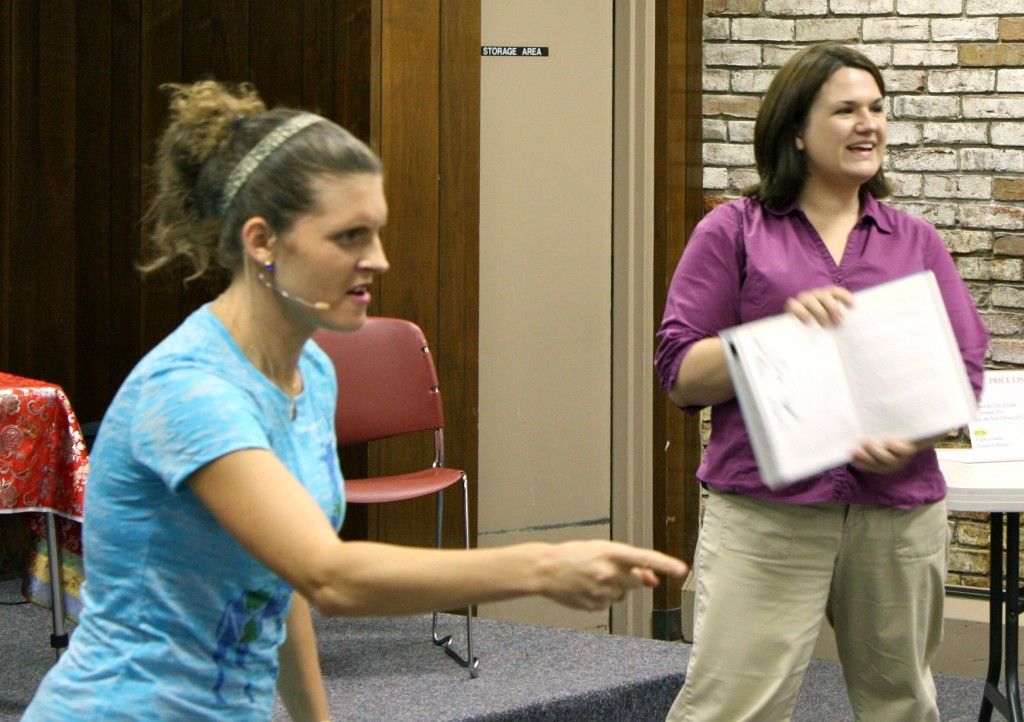 “Are you ready to Dig Into Reading?” 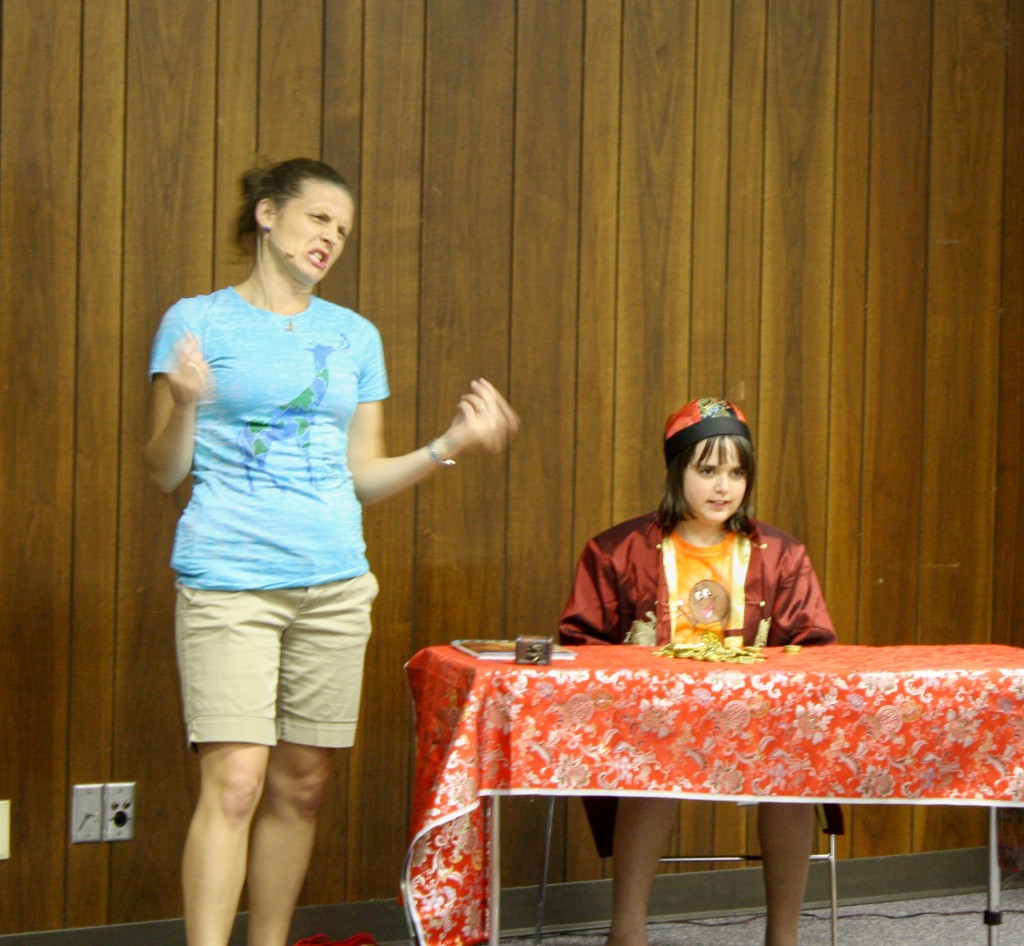 “Fu” at her counting table! This young lady has helped me in more than one performance! How I love seeing kids come back to my shows year after year! As for my goofy face, based on the pictures I’ve seen of myself over the years, I’ve come to believe that I’m never making a normal face while performing! 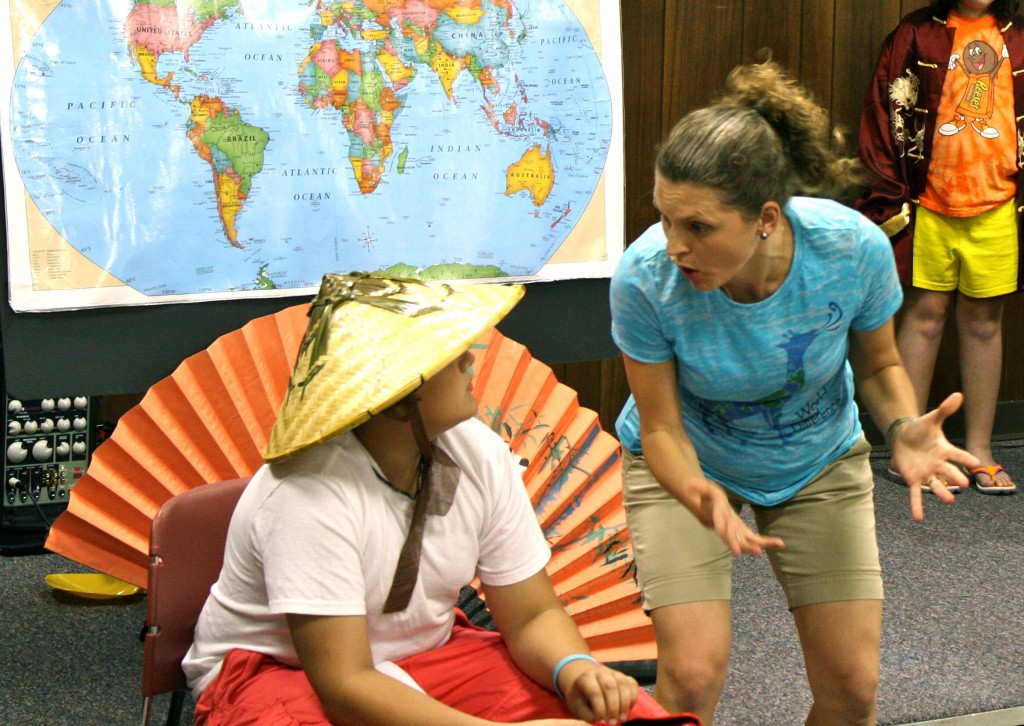 Talking to “Li” about his options for spending his newly acquired gold coins.