Here are a few photos from my recent performance of “The Mitten: A Ukrainian Folktale” at the Early Childhood Resource Center in Canton, Ohio. The roles of the rabbit and fox were played by two brothers who had no problem getting into their parts. They were so comical at the end of the program because they wanted to pull their hats over their faces for our final photo! They were also eager to point out the Ukraine on the globe.

You may also notice that two new puppets have been added to my collection — a squirrel and a mouse! I’m sure you’ll be seeing them again as you know how I love my puppets! 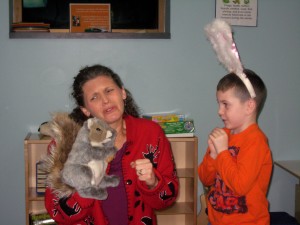 Rabbit begs to come inside the mitten, and Squirrel eventually takes pity on him and lets him inside. 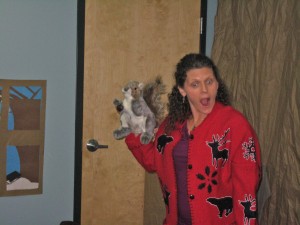 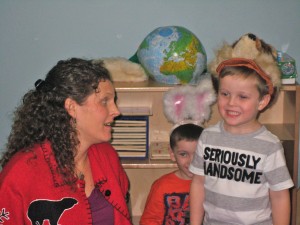 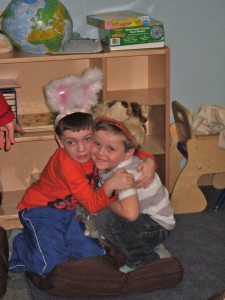 Rabbit and Fox snuggle into the mitten. 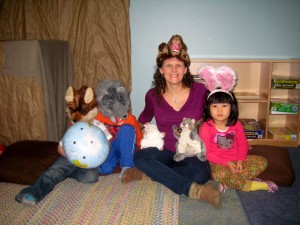 The full cast of the mitten — fox, wolf, bear, rabbit, squirrel and mouse!